See America Solo – All 50 States:  With the 2020-2021 pandemic travel halts, I have been both planning my next journey and daydreaming about my top odysseys over a life time of solo travel. As a teenager, I became an “Accidental Solo Traveler”! That is early on I found that it is hard to find a travel mate free at the same time to go to the same place on the same budget. Full disclosure: I have a life-long love of adventure and remote places to go often at odd times of the year.  Here are just a few vignettes: 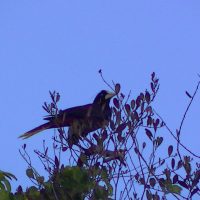 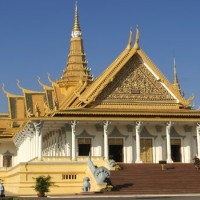 At  eighteen, I had my first solo trip abroad. I joined a volunteer team sponsored by the international YMCA for a summer off Venezuela’s coast in Trinidad and Tobago. By age twenty, I decided it was time to “see America”, my home country. I had no car and no travel budget to speak of. At the time, I was living with fellow students in a small house in Washington, DC’s trendy Georgetown. Undaunted, I discovered that Trailways and Greyhound bus companies had open tickets that could be purchased from DC to Los Angeles. There was no limit on how many days you spent on travel or how many times you were off and on. Better yet, their tickets could be used interchangeably between the two companies. I immediately hatched the idea that I would make my way 3,000 miles overland solo with only an overnight suitcase.

Unlike my years of travel to date, I had no real plan or research. I had loosely decided that I would check each day to see where the bus would be in the early morning. That would be perfect for a new “self-guided” day tour daily. For sightseeing, I would look for state capitol buildings to visit as well as museums, historic churches and any stately architecture. I did also throw in some national parks and natural sites. I even took a local Day Line tour of Salt Lake that included a swim! In addition, I had spent a semester on a college exchange program. It included students from all over the United States. That was perfect to provide an entire array of friends I could stop to see as I hopscotched across the country.

See America Solo – All 50 States: Part I of My Journey:

This first part of my adventure focuses on my first few days that took me to the American Heartland. The first stop was Chicago. In those days, you could drop your bag in a bus station locker.  My first stop was the Art Institute of Chicago which dominated a block on Michigan Avenue. After a half day there, it was time to stroll the Magnificent Mile of high-end retail shops. On my budget, it was only possible to window shop but fun in any case. Next I wandered along the shores of Lake Michigan, one of the US Great Lakes. Last was a visit to the Millennium Park right in the midst of downtown Chicago.

It was time to be off and visit a high school friend in Kenosha, Wisconsin.  We were off to a bumpy start when the bus broke down in Plano, Illinois. Our weary band of travelers waited patiently by the roadside to be rescued by a new bus. However, with no set schedule and no deadline to meet, this was only a mild inconvenience. Wisconsin was one of the highlights of my trip filled with contrast. One minute I was touring Milwaukee and the Johnson Wax Factory in Racine. It is a storied work of architect, Frank Lloyd Wright, built between 1936-1939. The next day I was witnessing a calf’s being born!

Please join me on the next part of my five-week odyssey in an upcoming post. In the interim, see our fresh personal tips on how to plan your own odyssey across America! 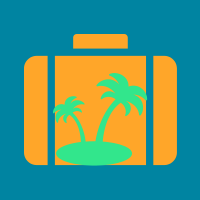 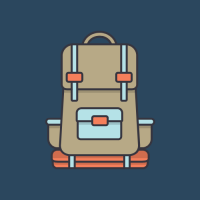